The patented TomBob® Lure has been tested to catch loads of Bass, Walleye, Northern Pike, Perch, Musky, Stripers, Bluefish, and more. The versatile lure has a shape that gives it action, jigging, trolling, or casting. The lure works without extra weights, such as needed on balsa or plastic lures.

The TomBob® Lure is constructed using raw materials containing no significant traces of lead or other harmful elements.

Easy to Use: The TomBob® Lure is convenient and ready to use. Just open your Fusion Pack™, tie it on, and start fishing! No extra weights, sprays, pastes, or bait are required.

No Need for Extra Sprays: Sprays and pastes make a mess of you and your equipment. They also tend to wash off as soon as they hit the water. Plus,

they’re not released in a controlled manner as they move through the water.

Scent Fusion™: The TomBob® Lure utilizes a proprietary fish attractant that is infused into microscopic pores of the lure. The attractant is released in a controlled manner that triggers feeding in larger fish by mimicking certain pheromones of a panicking bait fish.

Controlled Release: The infused fish attractant is slowly displaced over a period of time as the lure is pulled through the water, allowing only a small release of the attractant at any one time through a process known as Scent Fusion.

Patented Design: The patented design of the TomBob® Lure is such that it gives solid action on both retrieval and jigging. 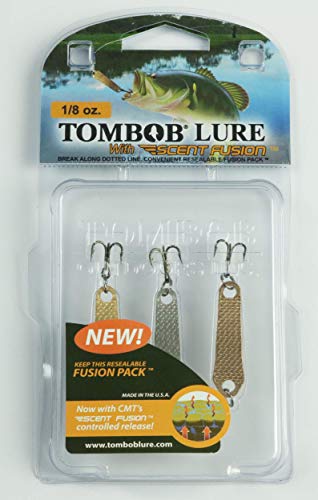 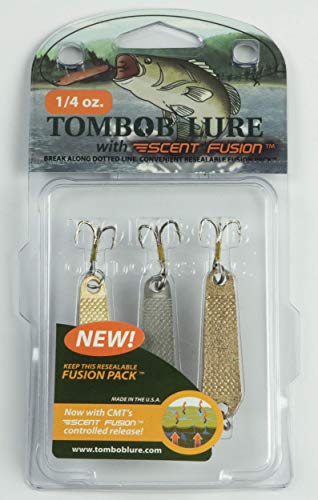 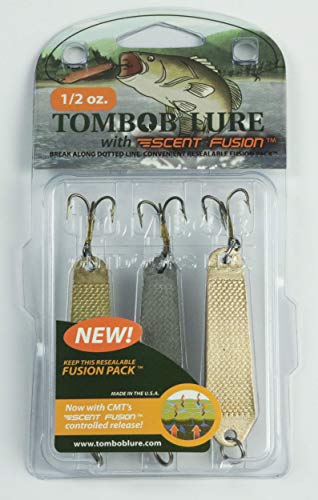